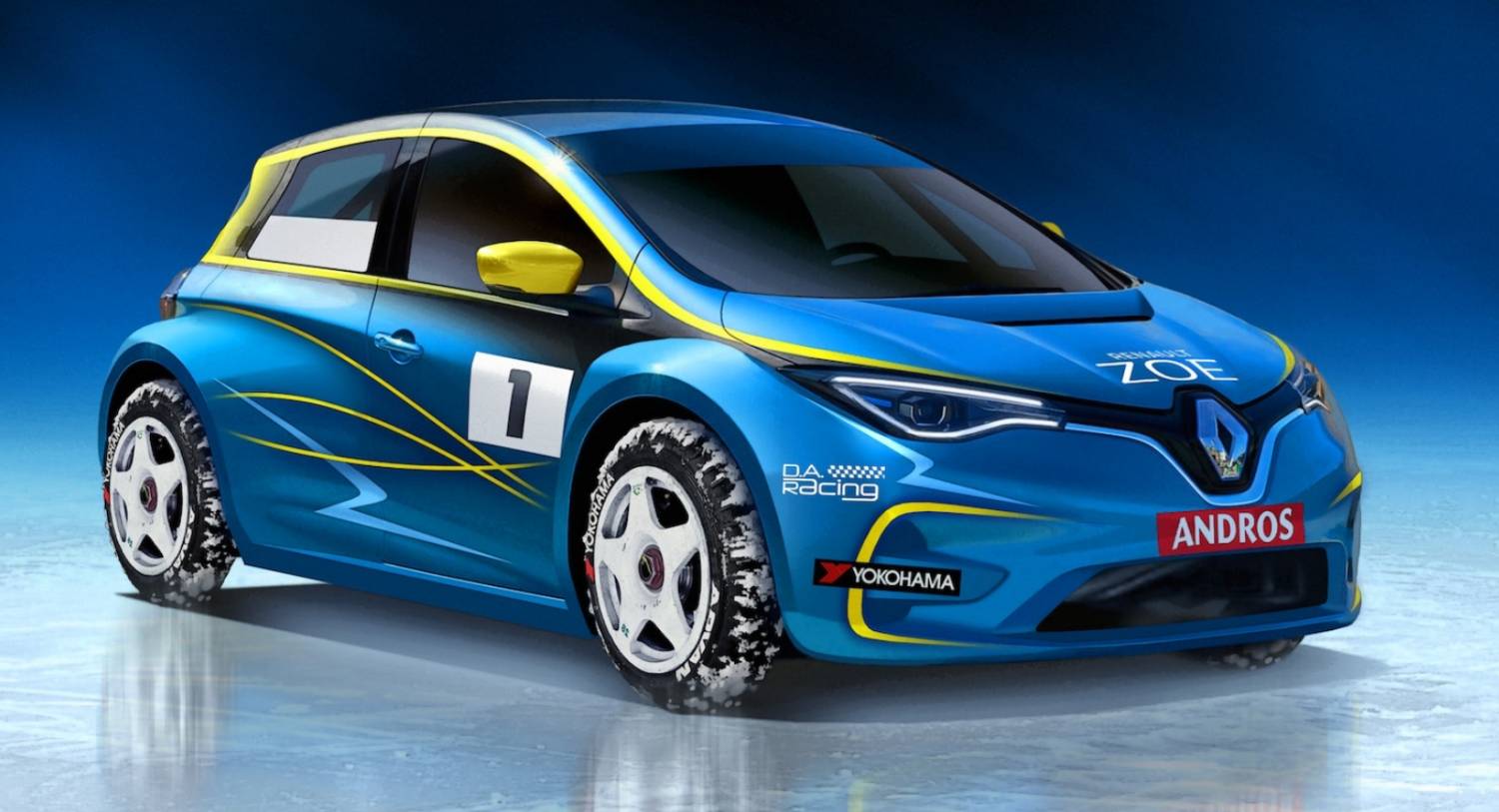 Being one of the bestselling electric cars in Europe, Zoe has just become a racing car. Renault presented its full electric racing sibling that will take part in the Andros eTrophy.

As you may have heard, the Andros Trophy has become totally electrified and Renault wants a part of it. Zoe features 2 electric motors, one on each axle that produces 335 Hp, 205 more than the street version. Being a race car, Zoe is also all-wheel drive and it is fully equipped with all the appropriate stuff.

The Zoe racer is equipped with bigger brakes, which is necessary due to higher power than the standard version. A roll cage has also been installed as well as a wider custom body. Its wheelbase is shorter that the street Zoe being only 2.500 mm, necessary for better grip and stability in ice racing.

The Andros Trophy championship starts on December 7 and it consists of 6 events in France and Andorra.